Support declared for Roma in Derby on Nation Day 2014

Roma Nation Day was born in 1990 at the 4th World Romani Congress with the objective of celebrating Roma culture and raising awareness of the issues that face the Roma people throughout the world. Officially the Day is recognised on the 8th April – this year, in Derby, the celebration took place on the nearest Sunday at Guru Ravidass centre in Normanton.

Derby is the home to several thousand Roma from a number of East European countries but principally Slovakia. For many they fled from a level of poverty which would be considered beyond unacceptable in the UK, as well as intimidation and racism from the indigenous communities. Although the conditions and challenges that they face in the most difficult parts of Derby are poor, it does provide more hope and a high prospect of a meaningful future than would have ever have been imagined in their home country.

The event was also attended by Inspector Richard Keen (Derby West Police) , Phil Henry of the MultiFaith Centre cased at the University of Derby, and Pop Gill – Cohesion and Integration Manager at Derby City Council, and local Labour Councillors Balbir Sandhu and Gulfraz Nawaz. Inspector Keen declared his commitment to work with, and support everyone in the Roma community, to ensure that every opportunity existed to facilitate their integration into Derby society whilst respecting their right to maintain their cultural identity. He told a very touching story of how a small Roma girl was pulled from the sea on an Italian beach, and was left unattended, dead, as people walked past and ignored her. His response, which I’m sure would be echoed by every right-thinking person in Derby, was that, turning away from someone just because they were Roma, is not the British culture. We could never countenance that such a level of racial contempt has a place in our society.

Phil Henry was an instrumental part of establishing Roma Community Care (RCC) which is the focal point of providing direct support to Roma people with Michael Daduc who is the Lead Advocacy worker. RCC is unique in the way that it provides support from within the community and much of its activity is free of charge. The Youth Group which runs each week at Pear Tree Baptist Church could not have been achieved without the commitment from Elizabeth Pinder-Ashenden who is the Minister.

Pop Gill spoke of the council’s continuing support for Roma. As part of the wider team he is able to provide resources and facilitate activities that promotes Roma’s rights to have a voice and a place in Derby society.

No one would suggest that problems do not exist in Normanton and Arboretum. With the majority of Roma residing in these areas they inevitably become involved in these issues whether directly, or indirectly. There are many cultural differences, and legacy preconceptions which will challenge everyone and, if not managed, could drive divisions. It will take many years before the new communities become settled and there is every reason to expect it to be a difficult time. However the factor which will ensure longer term success and a clear unwavering focus on the only future that is acceptable is through strong principled leadership from all sections of the community – working together with a common vision. 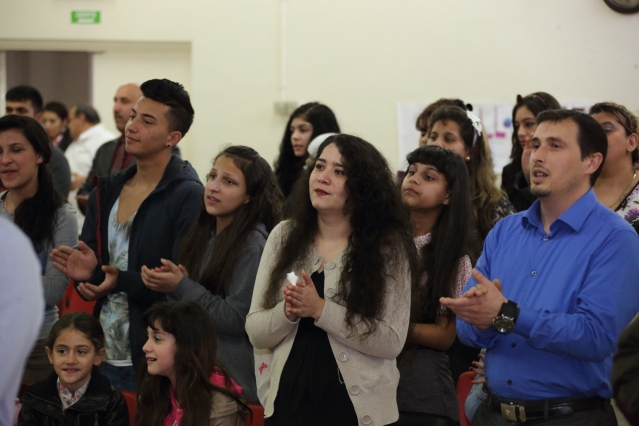 The one thing that the Roma can be assured of is that, in Derby, they will not be subjected to an environment of systematic persecution and racism. The people in positions of influence and leadership have a simple vision of sanctuary and hope, and that perhaps, the Roma who now find themselves in Derby, can finally consider themselves at home.

We look forward to future Roma Nation Days in Derby showing off the colour, music, dance, beauty and vibrancy of this unique Nation.