Any suggestion that this evening’s Executive Scrutiny Board was going to be anything other than a charade, that wasted public time and money, was completely dismissed quite early in this pointless 2.5 hr episode.

3 Conservative Cllrs Ingall, Hassall, and Smale  “called-in” the Library Strategy decision ( i.e. asked for the Cabinet plan to be reviewed – “scrutinised” -in detail). The proposal was to reduce the number of Council run libraries from 15 down to 5, with the remaining 10 to be run by community volunteer groups (CML’s)…resulting in 40+ paid staff being made redundant. The public were given 4 options to chose from, with a preferred one being identified by the Council. 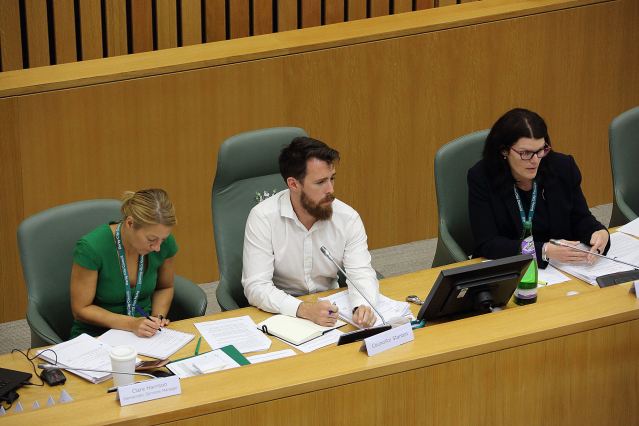 The procedure included the introductory speeches from the 3 Cllrs making the call-in, followed by rebuttals by the Senior Officers; the Cabinet Member Cllr Raju was not present ( wedding duties). He was replaced by Cllr Rawson, the Deputy Leader who chose not to defend the decision that he was party to. The Scrutiny Board which was chaired by Cllr Stanton ( Labour) consisted of a further 6 Labour Cllrs, 4 Conservative, 1 UKIP, and 1 Liberal Democrat ( not in attendance). 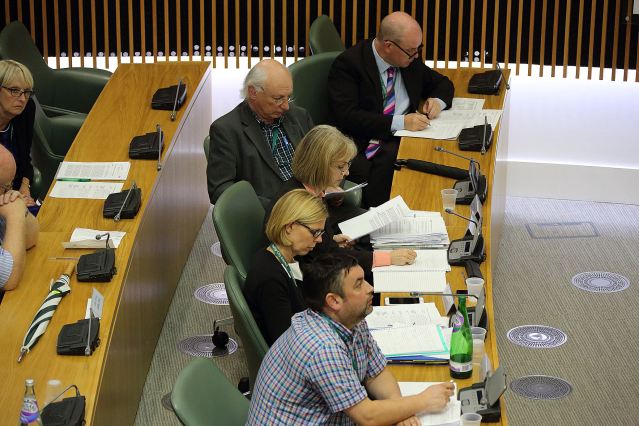 Council Officers, defending the Library proposal, and Cllr Rawson, at the bottom, representing the Cabinet

There involved a series of questions, and statements from the Board members but none of them seemed to “land any blows” with the Council Officers, who were clearly determined to push this through, regardless of any public or political opinion. It was evident that the Officers “hold all of the cards”, they control the information – in fact it was stated that data packs were specifically withheld from Cllrs until after this Scrutiny Board. Few, if any of the Cllrs, including the Labour leadership, seemed to have the capacity,  scope, or facts to challenge the statements made by the Officers – they also didn’t seem to have the experience or capability to know which questions to ask, to fully scrutinise the decision.

All Cllrs said that they didn’t want to close any libraries and yet the plan had no substance. and was high risk. It is most unlikely that 10 groups of volunteers will come forward to run the libraries with zero pay. Despite this inevitability, 7 Labour Councillors voted to reject the call-in and therefore, by implication, stated that they were comfortable with the proposed plan.

Those  7 Labour Cllrs were:

Cllrs Pegg, Jackson, Khan, and Eldret never uttered a word thoughout the whole 2.5 hrs. Eldret was in the chamber with her young child ( totally unprecedented) 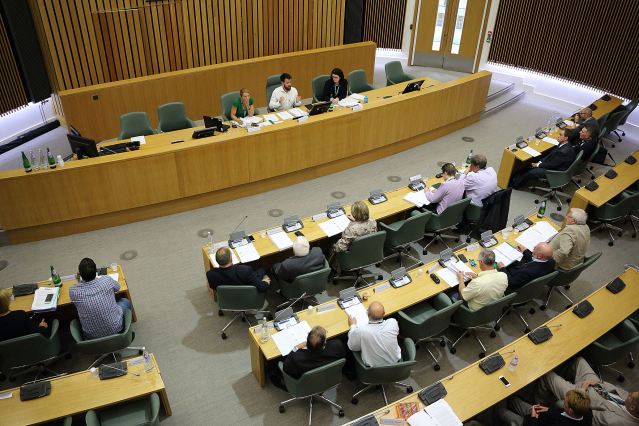 As a matter of procedure all Cllrs were supposed to have offered some rationale for their vote – Eldret and Jackson just said “reject” such was their lack of engagement in the process, but no doubt in public will declare that they are fighting to save libraries. Pegg voted to reject the call-in then stated a proviso that it must “save Mackworth library” – it seems clear that he hadn’t quite understood how his vote might have changed matters. Transparently, they were all whipped to reject the call-in – there is supposed to be some pretense that they vote on the strength of the debate, and not on party lines.

The message that came through very clear was that the 5 “saved” libraries, being the minimum statutory requirement, were the primary focus of the Officers. The conversion of the other 10 libraries to community managed libraries (CML), was a way of allowing the Labour Group to deliver the political version of the plan – “no Libraries will close under Labour”.

It is clear to any objective observer that there will not be 10 CML’s, there is no plan to deliver them! There is not enough time to implement them, there will not be enough people coming forward to volunteer …and the Council have no plan what to do in this circumstance.

It is a vague idea and a hope, that hundreds of committed volunteers will coalesce and run a service, for free, to cover a service of over 400,000 visits.

By the end of August 2017, these groups should have grouped in such a way to “register an interest”, and by the end of October they will have had to have submitted fully worked plans to the Council for full implementation over the following few months.

We will not need to wait long to see whether this “house of cards” collapses. A short enough timescale for memories not to have faded, and for the valuable library infrastructure not to have been dismantled following this incompetent decision making.

Another sad day for the City of Derby…and local democracy.

Had the call-in been accepted, then the Council Cabinet still would not have been mandated to change their decision – pointless processes!

Who is really in control!?