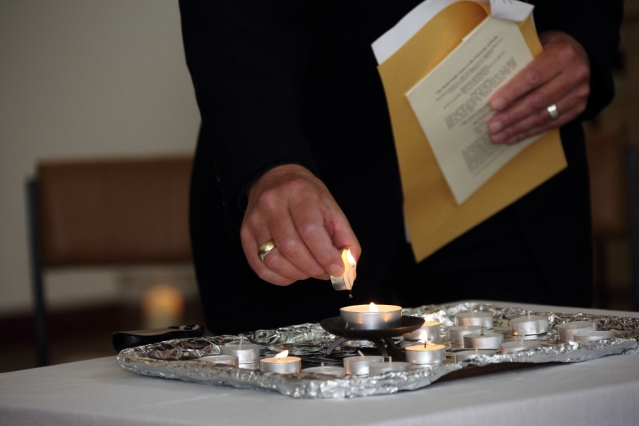 On September 11th 2004, Derby’s Multi-Faith Centre (MFC) was opened. This date in September was not engineered to coincide with the events of 3 years earlier but, in retrospect, it is extremely poignant. The conflict of cultures and religions that led to the attack on the World Trade Centre are the very human conditions that this Centre is endeavouring to overcome.

The concept of the MFC was first discussed as early as 1991. It took 13 years of discussions, lobbying, fundraising and project management to bring it to its current physical state 10 years ago. It is a testament to the vision and determination of its founders that they kept focussed for such a long period of time. In a world that seems to be more pre-disposed towards exposing and exploiting differences between everyone, rather than seeking commonality , tolerance and respect then such a Centre, as this, is vital.

On September 11th 2014, there was a gathering of people from Derby to mark its 10th Anniversary.

Phil Henry, the Director of the MFC, was first to speak about his perspective on the MFC: 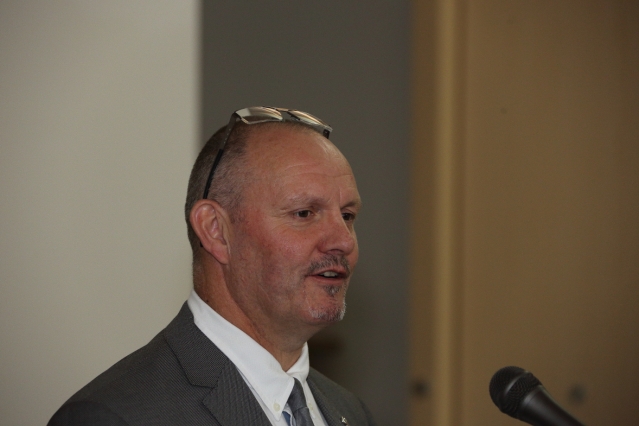 “The Centre is a unique space not least because of it’s on, and off-campus relationships. We have a huge amount of energy to offer to our friends and colleagues both in the partnership relationships that we have on campus with student services, chaplaincy team, and also with our partners externally – Derby City Council, Pear Tree Baptist Church, the Open Centre, Upbeat Communities, Growing Communities Together, and our colleagues in the Police who we also support in a number of different initiatives.”

He thanked his small, but flexible team, and highlighted what made them successful :

Paul Weller, one of the founders described the purpose of the MFC as : 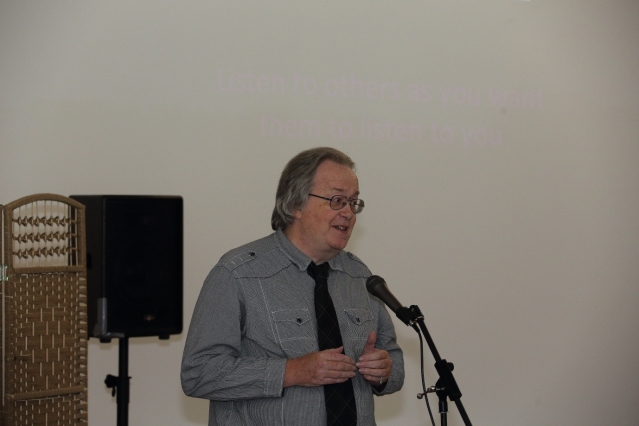 “a search for truth in the common good, where religion, faith and higher education both come together and have tensions with each other which this centre embodies and explores”
“This is a building in which people can invest and find their personal story and personal journey as well as societal engagement and intellectual judgment and it is in the bringing together of those things that I think this Centre makes its greatest contribution”

“….and its good to be able to dream dreams and to see that things can happen but while individuals can dream dreams realization of projects only come about through the contribution of many many people over a long period of time.”

“…..I am convinced that Derby was the most appropriate City in which to build the first purpose built Multi-Faith Centre and right beside this University of Derby, a place which has always worked to bring people together and to include. Many things have been achieved here during the last 10 years and I hope, I believe, and indeed I pray that the MFC will continue to go from strength to strength”

Pam Sutton, one of the MFC trustees and Baha’I Faith Advisor to the University, said:

“If we here have enabled people to appreciate other faiths and to facilitate them increasing their respect for people of different faiths then the MFC at the University of Derby has, and will continue to play, an invaluable part towards peace and understanding in this country” 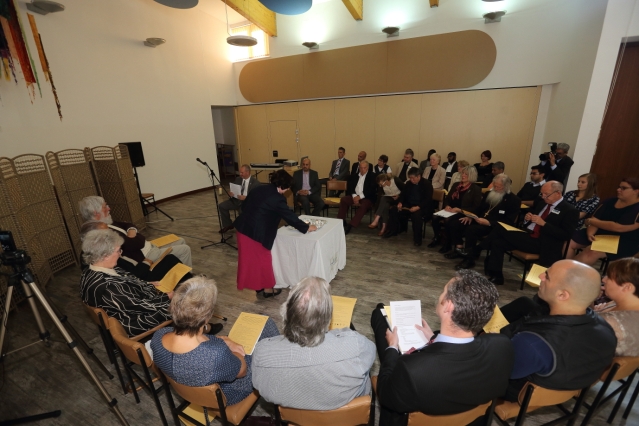 Ben Bailey, the Senior Assistant Registrar to the University of Derby, spoke about the relationship with his institution:

“I was introduced to Phil at the MFC in April 2012, it was just me and one Romani girl. During this journey over the last 2 years, we built up the capacity and I can proudly say that we are the unique model , as MFC is also a unique model, for the rest of the UK. ….I can say that this is my dream come true, that I have been introduced to Phil and the MFC”

Elizabeth Pinder-Ashenden, Minister at the Pear Tree Baptist Church, spoke passionately about her involvement with the MFC and most particularly about the Youth Café at the Church. Although this is open to all, it is mainly used by the Roma Youth and is operated in conjunction with Roma Community Care and the MFC. 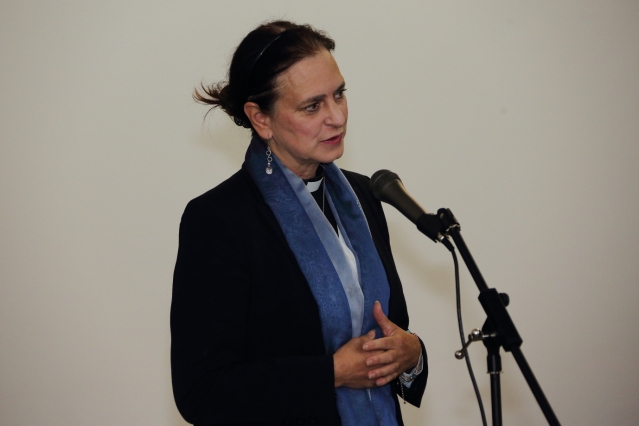 As a personal testimony, this has been possibly one of the most inspiring things that I’ve encountered in my life. Seeing people so prepared to come and help…together

“As we light this candle, and I would like everyone to pray that as it is the source of unity and strength in this community it becomes a beacon for spreading guidance, love, peace for eternity”

In a world where conflict and intolerance is escalating, the aspirations of the MFC are more critical, and the words of Dr Jo Hale, Buddhist Faith Advisor to the University were very fitting:

“The MFC at the University of Derby: standing together, working for the better, for change, being at Peace, being at one. The MFC : aspiration : realization : inspiration. An outstanding human endeavor”