As I reported last week in the article “Council has ‘right to terminate’ Sinfin ‘Incinerator’ contract on 1 October 2018. Time to be decisive!” the moment is fast approaching when Derby City Council could take the option to terminate the highly unpopular Sinfin Incinerator Plant contract. Despite this being a subject which is seriously, and significantly, affecting many people’s lives within the Sinfin, Sunny Hill and Normanton areas, the Council decision making process will be held completely in private.

The forum that will make the decision is the Cabinet meeting on 20th September. This is chaired by the Leader of the Council, Cllr Chris Poulter, and his senior colleagues in the Conservative group. The only other people who can speak at that meeting, albeit that all Cllrs can attend, are the Leaders of the 3 opposition groups – Labour, Lib Dems, and UKIP.

In order that she could hear, first-hand, the issues that the residents have been experiencing, Cllr Lisa Eldret ( Leader of the Labour group in the Council) called a public meeting at St Stephen’s Church in Sinfin, this evening. A constant stream of stories, comments and concerns were relayed by local residents for nearly 90 minutes. This was not a political meeting – it was just one resident after another telling many heart-rending stories of how their lives have been disturbed by the output from the plant:

The overwhelming sentiment was around the significant detrimental impact on quality of life….and this is before the plant has been fully commissioned. 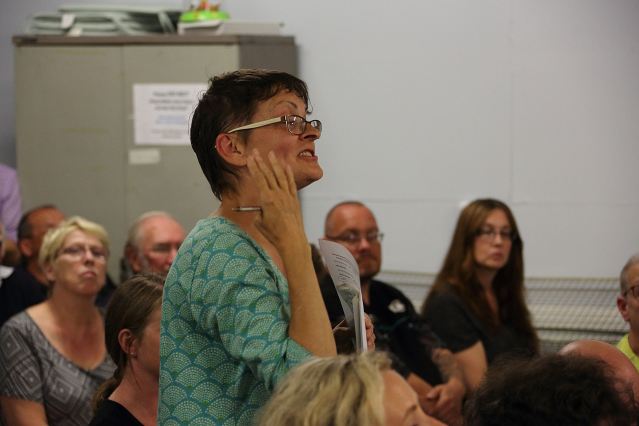 It is clear that if this is allowed to continue, the residents will, in effect, be “stuck” in their properties. Either houses prices would plummet, or the options for exchanging Social Housing most likely to be a distant possibility – which is particularly concerning for those who are suffering with their health. One lady questioned whether the Council would “unstick” these situations with financial support.

The opportunity to terminate the contract, exists, given that the plant will not be certified to operate by 30 September 2018. The Council leadership can exercise that right on 1 October 2018. It is unlikely to be contested by the contractor simply because it is a matter of fact that a completion certificate would not have been awarded.

The worst decision that the Conservative administration could take is “no decision” , that is, to “wait and see” if it gets better.  It is 18 months late to the contract completion date, how much longer should the residents be “patient” with the contractor Resource Recovery Solutions?

As I concluded in my earlier article the time is right to be decisive and not to dither any further.

Not because of any commercial, or financial gains to the Council…but for the health and well-being of residents, young, old, and yet to be born. It was eye-opening to have listened to the comments from the people in the room some very emotional, and all very disturbing.

Cllr Eldret freely admitted that she knew little about the Incinerator, the background and the issues – she simply wanted to listen so she would be well-briefed. She probably got more than she bargained for, but she is certainly well-placed to represent the voice of the residents in the Cabinet meeting later this week. 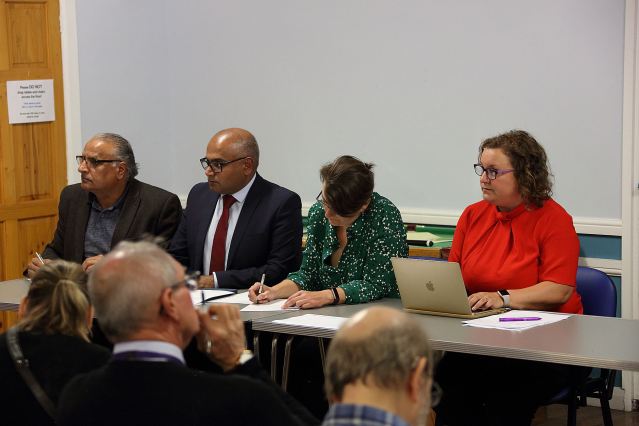