Asylum Seekers: We should try “walking in their shoes” 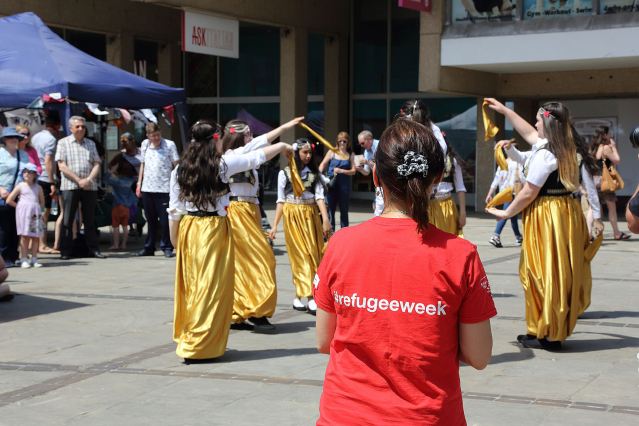 Whilst Refugee week was a chance for people to celebrate the positive aspects of diversity, it also helped to promote a better understanding of why people seek sanctuary in this country.

Much press coverage, and popular perspectives are based on flaky foundations and prejudiced misunderstandings to correlate with a particular world view of migration. More recently this seems to have got worse, and refugees are the vulnerable, easy point of blame, for any social problem.

By definition, all refugees have proven their case, through a strict legal process, under the control of the Home Office, and have met the criteria of the Refugee Convention. It confirms that they have “ a well-founded fear of persecution for reasons of race, religion, nationality, political opinion or membership in a particular social group” – not economic migrants. This process can take anywhere between a few months to many years.

Most refugees will be given just 5 years “ leave to remain” in the UK; at which point they have to prove their case again, in the context of the prevailing environment, to stay for a further period.

Prior to gaining , refugee status the person is under Home Office control and classed as an Asylum Seeker.

Of the total number of people seeking asylum in the EU, 3% of these do so in the UK. This represents about 4% of the annual global migration number into the UK. There is no requirement under the International regulations for asylum seekers to make a claim in the first EU country they enter. If someone has claimed asylum in another country, and then try to do so in the UK, as well, then they will be sent back to the first country under the Dublin III regulations.

After the initial processing with the authorities, the individual may be permanently housed in a detention centre, or “dispersed” to one of many cities in the UK. Derby is one of those cities. There are strict limits on the numbers of asylum seekers in a given population and in Derby it cannot exceed around 1000 people at any one time. During their stay in this City, they are accommodated by the Home Office, through a series of private tenancy arrangements managed through G4S – not Derby City Council.

The properties that they find themselves in are of poor quality, often have more than one person to a room, and are fitted out to a very basic level. Popular reports that asylum seekers are housed in hotels, is something of a myth, and is only likely to happen where there is a severe shortage of rooms and involves a family with young children.

Whilst in this situation, asylum seekers are not allowed to work, and receive just £36.95 per week from the Home Office. Quite often they rely on charities for support, especially clothing and household essentials. Their biggest non-financial problem is boredom. Many asylum seekers are very well-educated people, and weeks, months, years of waiting with little money to spend on anything but the basics, is a mental health pressure. They also know that, at a moment’s notice, they can be required to move to another City, or be taken into detention. It is a delicately balanced life.

Receiving the good news that one’s asylum claim has been accepted is rapidly offset by the reality of their new status. Within 28 days of receiving confirmation of being a refugee, their financial support stops and they have to leave the Home Office accommodation – there is no follow-on provision. They have no formal support, they have no privileges , they are not a priority – they are left to the mercy of a system that they don’t understand and which doesn’t readily cater for their circumstances.

28 days to find accommodation, and to secure an income is a tall order for anyone, let alone for someone who has fled from a foreign country. Most will find themselves on a friend’s sofa, a stranger’s sofa, temporary hostels or worse…. living on the streets, while they are waiting for their National Insurance Number, Job Seeker’s allowance…..or finding work.

If their asylum claim is refused, then they are entitled to appeal with the same support. Life is very much in the balance. If the process is slow, then they might find themselves evicted from their house, with no money….and on the streets. The asylum process does not move fast, is strict, legal, and has no humanitarian flexibility.

If their appeal is refused, and they have no new information to support their case then they have to return home. A return is not as easy as it sounds. If they have no passport ( which is common), no papers, no proof of nationality…then their home country will not accept them back. They can’t go back, they can’t stay – no local authority, and most charities, will not house them, they can’t work, they can’t get cash….they are stateless, homeless, penniless…..friend-less.

The notion that all Asylum seekers flee to the UK for economic reasons is a nonsense, and not borne out by the facts. Each case is subject to very close scrutiny by the Home Office; those that have come here for the wrong reasons are refused and returned. For those that are accepted, it is tough and it is a long hard road to overcome the language, the cultural boundaries, and the “system”, and to feel at home in Derby. After months, if not years, of boredom, they are desperate to get a job…..and do something with their lives. Regardless of their past experiences, and qualifications, most will be packing shelves, picking boxes, pushing trolleys, or plucking chickens.

The scaremongering press demonise Asylum Seekers as criminals and a group to be feared. This reflects more on the writer’s prejudice and not the reality. Just because someone is a foreigner, doesn’t make them a criminal. Asylum seekers are not a group, they are individuals. They are here because of what they are fleeing, not because of some criminal objective. Lastly, Asylum Seekers know that if they are arrested, and found guilty of an offence they will be deported.

Many people do have very fixed entrenched, and negative views about Asylum Seekers and Refugees, but probably have never spoken to someone in that situation….and also may never have tried, or had the opportunity,  to “walk in their shoes”