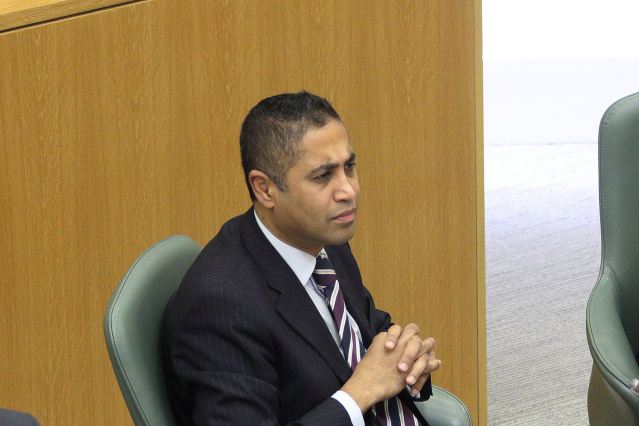 Cllr Ranjit Banwait is clear on who he believes can “have a say” in the running of Derby….and it’s not everyone in the City, including 2 of his own Councillors. He is arguably disenfranchising all of those people, on low income, and benefits who get 100% Council Tax Support.

In an email exchange with myself, copied to a number of Councillors and Senior Officers, he clearly stated his principle that if someone

“is not a, resident who pays Derby City Council tax”….then they have “…no democratic stake in the running of the city?”

As the Labour Group, and therefore Banwait’s position as Leader of the Council, depends on a majority of 1  ( 26 : 25) then, according to his interpretation, he should discount his 2 Labour Councillors who, in his words ” have no democratic stake in the running of this city”. They shouldn’t have a vote…which means he doesn’t have a majority – and no overall control!

If these 2 Councillors were ordinary members of the public they would not even be allowed to ask questions in Full Council. That opportunity is based on whether one is  either:

Cllr Banwait is famous for creating division through his somewhat hackneyed phrase “I’m Derby born and bred”….unwittingly creating a regrettable exclusivity, and self-bestowing an automatic enhanced right to insightful local knowledge, wisdom and legitimacy. The clear implication is, that if you were not born in Derby then, somehow, one’s personal standing is never going to be quite good enough….a 2nd class citizen. Many fellow Councillors  were born in other UK cities, or even outside of the UK…..notwithstanding thousands of Council Tax payers who vote.

This is a case of double standards, by applying “rules” to suit his personal agenda. Sadly Cllr Banwait is known for speaking first, and thinking later, but then he is only the Leader of Derby City Council.

Cllr Banwait was invited to comment on this subject but, thus far, he has declined to do so.