Indian Community Centre leads on Cancer Awareness for the elderly.

Health awareness is about community, it’s about people being encouraged and educated by peers, in culturally appropriate ways, from people they trust. Rarely does it happen from leaflets lying on a desk, found casually, or being pushed by unknown people.

Ravi,  Project Manager at the Indian Community Centre, has been aware of this for many years, especially for the elderly Punjabi speaking Indian people of Derby. Over the last few years she has launched a number of health initiatives, and one-off events, to encourage the service users of the Centre to come along to an event, listen to some brief messages, chat with stall holders and find out in their own time and space, and discuss with their friends. Many of the issues are not easy to talk about – for example, bowel screening, breast and prostate examination, and dementia. But all of these conditions, and more, affect this community just as much as anyone else.

The event this week focussed around Cancer awareness, and included a number of people and organisations who have worked with the Centre, directly, or indirectly for many years. 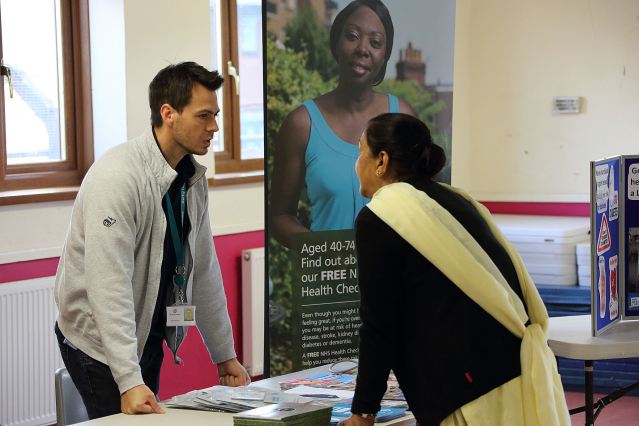 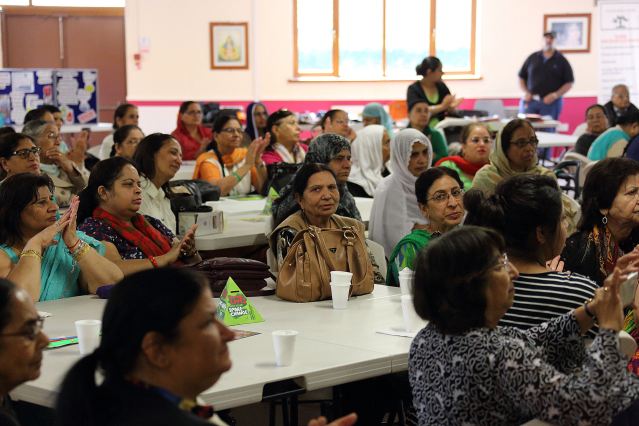 100 people, mainly women, attended,  and they were told of the many health-related services that they can access. The key note speech was from Dr Singh who explained more about the most prevalent cancers, and what people could do in terms of personal examination, what to look out for, and the actions that they should take.

At the event, people could also get their blood pressure taken, get simple advice on how to improve their health, sign up for screening etc. The informal nature of the atmosphere was very powerful in creating engagement. 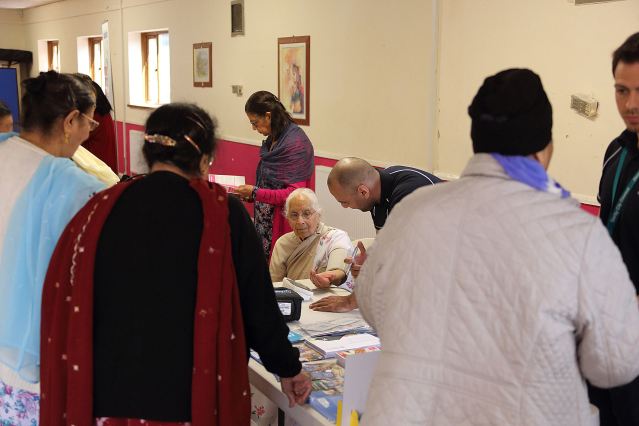 The Shanti group of the Hindu Temple, and the Yoga group – Yog sanson Ki dor, had previously done some fund raising for Macmillan and presented their cheques for £100 and £50, respectively,  to Lisa Freeman of Macmillan . The Centre also collected £100 from the tombola which will be donated to the same charity.

The Centre used to be modestly  part-funded by Derby City Council (£28k)  This was removed in June at short notice, like the other groups in the sector,  and the future of this style of community engagement is now in serious jeopardy, and will affect the vulnerable in the City. This is not about Tory Cuts. This group could be funded for an extra year by using just 1% of the confirmed 2015/16 underspend. This would be long enough to secure alternative funding. The Labour Council have chosen not to do this – it was possible…but they duck their accountability by blaming others.