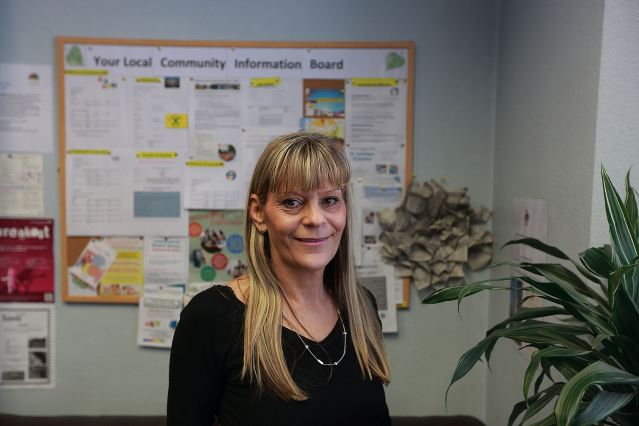 Women’s Work’s street sex work outreach team provide a vital service, and a unique insight into the lives of the women who find themselves drawn into these difficult circumstances. Lyndsey Rook, is one of the charity’s Senior Project Workers who has been helping and supporting women on the streets for the last 13 years.  In this series of articles, based on interviews with Lyndsey , we hear more about the social circumstances that the women are in, and the reality of earning money by selling sex on the streets.

The women who engage in street sex work, range from those who just go out a few times, through to those who rely on it, long term.

“The Women I’ve seen in the last week – are regulars. 50% have been doing it for more than 5 years.”

“People ask what are the demographics, what are their ages. You don’t think you’ll see someone that old engaging in street sex work. I’ve known one woman for about 18 months- she’s a grandmother.  She does know some other sex workers who are substance misusers who go into her property just off the main road, and it’s convenient – they use each other’s properties.”

“Sometimes they’ll come out just to make some money out of desperation;  it could be any of us. If you’re desperate enough, you’ll say, ‘I’ll just do it that once to pay that bill, or to get money for whatever it may be’  They would do it especially if they’ve done it before, or worked indoors or in a parlour,  and then if they are desperate, they’d just pop out. I had a lady a few years ago, in February, and she had a massive gas bill and she went out specifically to pay that bill. And after she paid it, we never saw her again.”

“One of the ladies has been in and out of prison, and it’s been like that for the last 5 years.  Usually it’s  for shoplifting for drugs. Another one, who has a partner, who is a substance misuser, and he stands out with her on the streets, standing in the shadows, making sure she comes back with the money. “

“They may have been with a man for 5 – 10 years, and the partner has done the burglaries, been to prison for 3 years, and the women don’t want their partners going back down that route, so they say ‘It’ll be easier for me to go out and get the money, rather than you going in and out of prison long term’.”

Do you come across many who are on the streets, who have never sold sex before?

“Yes, that’s usually because they’re homeless. Some women have told me that there are occasions when they’ve been in hostels and they been talking to men who know women who have done sex work and say “Try this, or….”. It can make them think about it if they’re really desperate and vulnerable, and particularly in those areas where street sex work is more prevalent. If a  woman sees what can be done to make themselves £50 or £100, then they might try it. Because the women’s self esteem and confidence has been knocked out of them they think “what the hell…I might as well, I can’t get any lower – I’m in the homeless hostel,  I’ve lost my children, I’ve lost my house, and everything I ever got…what have I got to lose” I hear those stories quite often.”

And what sorts of other underlying issues do they generally have?

“I’d say mainly domestic violence and abuse,  either witnessing it in childhood, or it’s happened to them, for many years. If you’ve witnessed DV and no one has ever educated you to say that it’s not normal behaviour then , you will grow up accepting it. It’s normal for a woman to accept the man hitting her or calling her names – they’ll think it’s normal. They don’t realise the effects it has on them growing up. Also for many they have experienced historical sexual, and emotional abuse, neglect, or parental drug / alcohol addiction or were brought up in a  chaotic homelife”

Do you find that there are women with “normal” backgrounds who have no underlying difficulties?

“Rarely – there’s always some underlying issue.  We’ve had women who you’d think they come from a really good family or had good education and then down the line you get to hear actually that there was an issue. You’ve got to have guts, or some resilience -in my mind- it’s desperation. It’s got to be desperation for you to get in a car with a stranger, to go behind a building with a stranger, it is literally…you’re life is in their hands.  And they will use drugs, or drink to blot it out…but the damage is being done night upon night upon night. Most of them, thankfully, come to the end of their street sex work career, either because they’ve got support from agencies like ourselves or family members have helped them or they’ve managed to get out of it. Or they’ve got older, and they’ll do more indoor work with regulars- and that’s just to get them by, and top up their benefits.”

When you do the outreach work, and approach someone for the first time, what’s your objective?

“To raise awareness that we’re Women’s Work and build trust, we’re here, and can help with benefits, housing, self-esteem etc or just even talking to them, and telling them that someone cares. You wouldn’t believe how much that does for a woman and that’s in the first initial meeting. Some will spill their guts out  and tell you what’s happened to them, some can be reserved but once you start speaking and they know that you’re genuine, and that you’re not the Police, then they’re ok. Some you’ll see a few times, and then you won’t see them again.”

“Some women  don’t give us any information at first. They’ll happily take the condoms and have a brief chat, but they don’t want to tell us anything. Some can be like that for a couple of years  until they actually say why they’re out there and what help they need.  It’s about trusting you, and if you think of the lives that they’ve had and the amount of people that they’ve trusted in their lives, that they shouldn’t have. It’s hard for them to get over that without some support or re-assuring words from somebody to say “ There are people you can trust”.

..and then in follow-up meetings….

“Is everything ok, anything you want to report and they’ll tell us about what’s happened in their lives Usually benefits have been sanctioned, homeless again, sofa surfing,  living at a hostel, or kicked out of the house or the boyfriend’s hit them, or he’s gone off with someone else. It’s general day to day things they want to tell you – a problem shared is a problem halved. It does help if someone isn’t going to judge you”

…and coping with the routine aspect of life, is part of the problem….

“For somebody who has been homeless  for some time they often lack the skills needed to manage a home. We know of many women who’ve been given accommodation, but once they have moved in, and they start to receive those brown envelopes through the door “ Your bill is now overdue”, or a letter telling them that their benefits will be stopped” etc… they often panic and bury their heads as they cannot cope, all they just see is that their benefits will stopped – …and it is this that can become overwhelming.”

How many of those that you speak to on the streets actually come to Women’s Work for help?

“ At least two-thirds but not necessarily straightaway. They’ll see other street sex workers and talk, and then come to the door, randomly. It gives us a boost that they know where we are and that they’ve come in.”