The Piano in Normanton : Sound of Success

Permanently placing a piano on the side of the street in the heart of Normanton didn’t sound like the most sensible of ideas. The cynics, and many realists, would not have expected it to last more than a few days – either stolen, or seriously damaged beyond repair. But human nature is not always what you expect, and Dan Robertson of Sustrans thought that the risk was worth taking.

The small area, by Ace Discounts, and “Kut and Go” ( just a few yards up the road from Rose Hill Street) was an occasional parking area, surrounded by overgrown bedding areas…home to a large tree that was gradually leveraging-up the slabs and ‘band-aid’ tarmac with the unrelenting growth of its roots. Previously, in this area, the Guerrilla Gardeners had started to clear some of the bedding areas and plant flowers, vegetables and some fruits. This had lost a bit of momentum over the year ; Dan saw the opportunity to develop a project to open up this space and make it useable as a public “pocket” place. Ultimately the idea was to experiment with various uses for the area, to give the locals an insight into what could be done and , where possible, get them involved.

The mainstay of this initiative was the piano. It was first installed on the 26 September, and the painting and decoration of it was done in conjunction with the children from the local school at St Chads. This was co-ordinated with Dan’s artistic colleague Brendan McDowell. The children were very enthusiastic in their engagement and they all were very keen to get their designs stuck onto the piano.

The formal launch was the following day. For many it was a curiosity and for many it re-kindled lost talents, and there were quiet struggles to remember the tunes from their childhood. 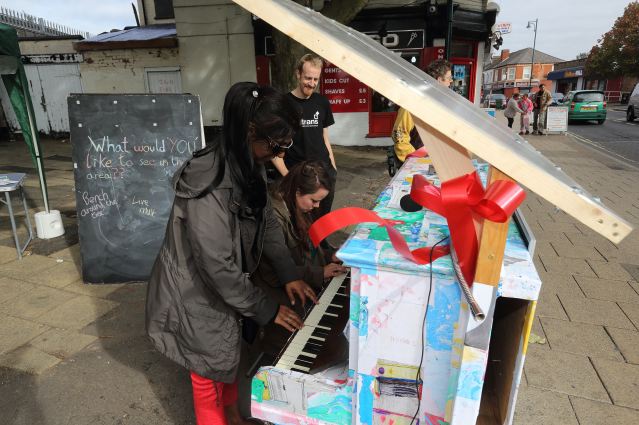 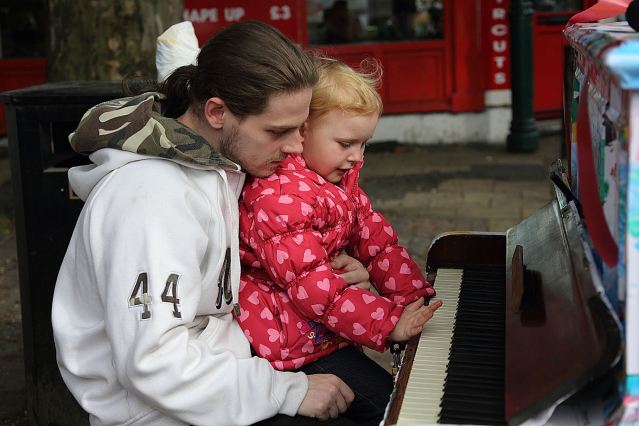 Contrary to popular expectation, the piano lasted well. In fact it was the full force of the weather which had the most damaging effect causing springs to swell and keys to stick. After the first month or so, the piano was replaced ( kindly donated by a local music studio/piano maintainer who would have sent them to the scrapheap) with one that had better tuning and protection.

Every time I walked down Normanton Road, I nearly always saw someone playing the Piano – a “quick tinkle on the ivories”, or something more lengthy and serious. It was an opportunity to slow down, exchange words with their friends, with people that they had never met before, to look up from their busy life and appreciate the value of the space, and remind themselves for a few minutes what living in a community is supposed to be about.

The end of November, and the extension of the stay of the Piano in Normanton, was celebrated by a jamming session with a group of local musicians who effortlessly entertained the passers-by with their spontaneous music. 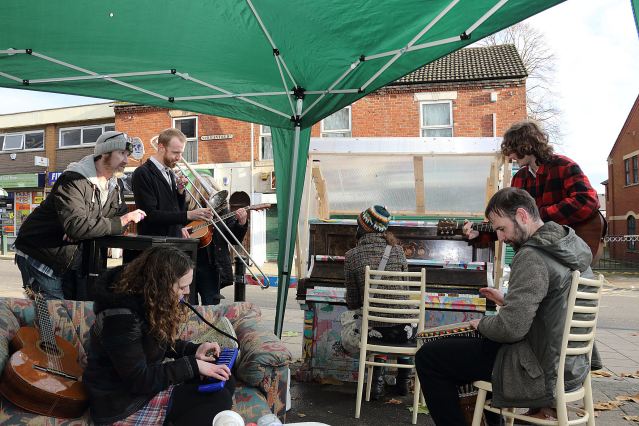 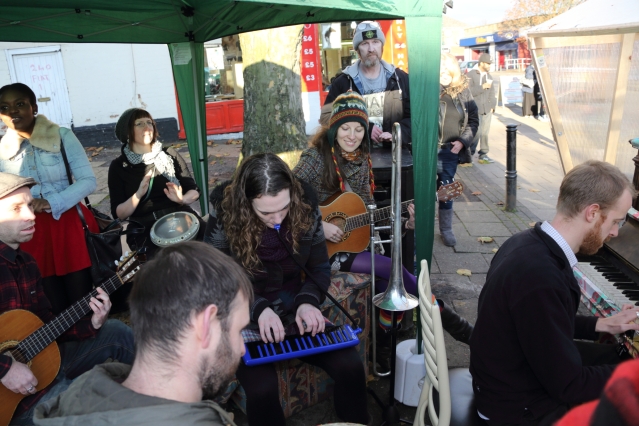 ….and one of the memorable “tracks”

I suspect that people are looking forward to its return in time for summer!