Although there are many standard Work Programme facilities to help Job Seekers into work, there is little that provides the focussed attention to help people who are refugees or migrants.

New Communities in Social Enterprise (NCISE) based at the Bosnia-Herzegovina Centre in Derby launched, today ( May 14th 2014), a programme which is principally aimed at improving the employability skills of this target group. The programme will be able to support 15-18 people who will be referred by the Job Centre Plus. This will constitute part of the Job Seeker’s mandatory actions for finding work.

NCISE in Derby is an organization led by Ferid Kevric himself a refugee from Bosnia in the early 90s. The organization consists of people from African, Middle Eastern and East European communities. This project is headed by Kamal Amier who was a refugee from Somalia and has been involved in a number of projects and initiatives during his short time in Derby. The team are well-placed to offer valued guidance to their clients and assistance in finding jobs.

One of the key features of this programme is support from a personal mentor who will be able to offer broader support beyond the basic training. Some of the mentoring will be supplied by Job-Employment-Mentoring (JEM) a local organization that specializes in working directly with individuals.

This programme is not the only one in the City of this nature. Upbeat Communities launched a similar approach a few weeks ago – although their programme addresses self-employment as well as employment. The people participating in that scheme joined, voluntarily. It will be interesting to see the challenges that are presented given that the intake at NCISE will be largely mandated by the Job Centre Plus, and non-attendance will be subject to sanction. Also 15-18 places is such a small percentage of the overall unemployed group that there is a risk of over-subscription.

This initiative is funded by the European Union Social Fund as well as Enable. Enable is the Voluntary and Community Sector Learning and Skills Consortium serving the East Midlands – who are funded by a variety of organisations including the Lottery, EU Social Fund, A4E, Ingeus, Job Centre Plus, and Skills Funding Agency. 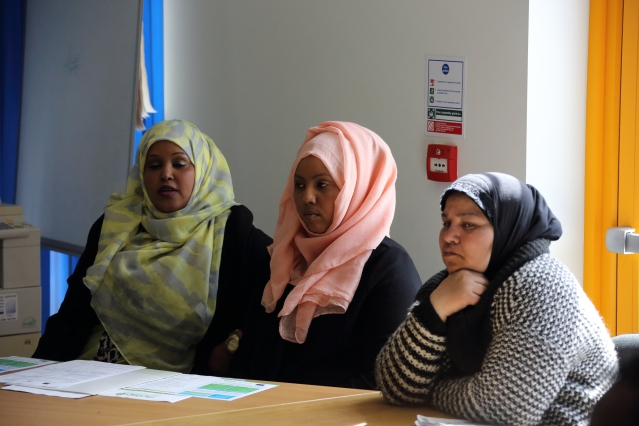