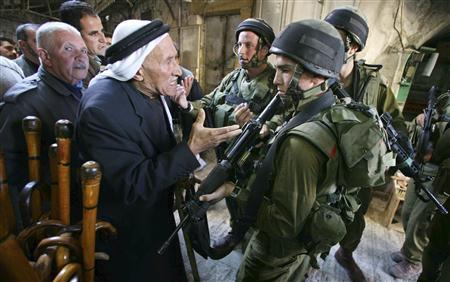 There is no doubt that the situation in Hebron, and the rest of Palestine, and the occupied territories is totally unacceptable. Regardless of how one reflects on history, even today, the Government of Israel seems to be unrepentant over the way that it builds on Palestinian land against any previous agreements that it has signed up to. The conflict has been left to fester for too long and is a tragedy for the people involved and, particularly for the Palestinians, who are living in very difficult conditions.

But what is the connection with Derby?

Every individual has a perfect right to be concerned and involved with whatever issues they please. But if you are in political office then a distinction needs to be made between where one acts on a personal basis , and where it is for the constituents one represents.

On the few occasions I have met Mayor Fareed Hussain I have no doubt he is a very genuine man and I fully concur with his principles and themes around addressing multiculturalism in a city such as Derby. A doctrine which fosters communication, inclusion and tolerance is absolutely the right approach. However I simply cannot agree with the logic behind the link with Hebron.

The Mayor’s trip to Hebron last year was funded by himself. It was managed through Labour2Palestine which is a not-for-profit charity that was established to specifically take Labour Party Members to Palestine. The charity is a company limited by guarantee and called Travel2Palestine Limited. The costs are of the order of £500 plus daily expenses. Travel2Palestine Ltd is run by Martin Linton, a former Labour MP who lost his seat in 2010 and famously said:

“There are long tentacles of Israel in this country who are funding election campaigns and putting money into the British political system for their own ends…when you make decisions about how you vote and how you advise constituents to vote, you must make them aware of the attempt by Israelis and by pro-Israelis to influence the election”

I suspect in reality he does not mean the Government of Israel, but influential Jews, globally. However, the implication of making such an overt anti-semitic statement would be perhaps too damaging. Nonetheless, these sorts of statements are not based on a humanitarian concern for the Palestinian people, but his own personal re-election prospects in 2010, and a broader anti-Jewish agenda.

I don’t doubt that what the Mayor saw in Hebron was tragic and perhaps upsetting – and, this could be witnessed in thousands of places throughout the world. This is not a reason for it becoming a “sister city” with Derby. It may be a reason to develop stronger personal links.

The Council passed this agreement:

First: To declare the City of Derby and the City of Hebron,Sister Cities, in recognition of their friendly ties.

Second: To work in cooperation for the benefit of the citizensof both cities.

Third: To share knowledge of our cultures and traditions to bring our citizens closer together, sharing the values of
tolerance, respect and understanding.

Fourth: To promote cultural exchanges through sport,education, community work, tourism and any other opportunity that may arise.

Fifth: To establish shared youth programmes, host art exhibitions and publish materials of mutual interest to the
people of each city.

Sixth: To collaborate on matters of politics, management,economy and administration, sharing best practice on the
work of Derby City Council and the City Council of Hebron.

Seventh: To promote official delegations, comprising of representatives from local government, social foundations,
schools and communities, to reinforce the ties of friendship.

Eighth:The duration of this agreement is unlimited and will be determined according to the wishes of both sides. This
agreement will be valid from the date of its signing.

I’m sure that there will be the occasional student who comes to the University, or skype calls between students at school, but anything which hints that the citizens of the two cities have remotely the same priorities is slightly disingenuous.

Mr Hussain was quoted in the Derby Telegraph as saying:

“Other UK places have shied away from doing it, afraid of criticism, but I am prepared to absorb the flak, because it is a relationship that will have mutual benefits.”

There may be a good reason why other UK places have shied away from forming such a relationship and it is not because they have no political backbone – it’s about relevance and sensitivity. It is highly irrelevant for the Derby Council to be involving the people of this City in this arrangement, and it is highly insensitive given the daily difficulties that beset the people who live here – that must be the Council’s priorities regardless of what any of us personally feel about the situation in Palestine.