Coronavirus – Covid-19 : Making sense of the Numbers and weathering the storm 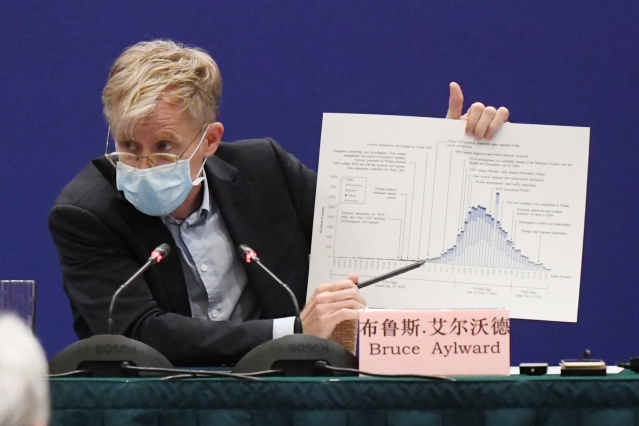 In virtual lockdown it feels like we are being bombarded by conflicting numbers each day, and it is almost impossible to process what is happening with the Coronavirus epidemic in the UK

People will deal with the many mixed messages in different ways. Some will switch off the TV, avoid the reality, try and maintain anxiety levels and hope for the best; many will want to try and rationalise it – to take some modicum of control by making sense of what is presented, and shine some of their own light into their darkness.

This is my attempt at shedding some light…

Comparison between countries needs to be considered very carefully as it depends on the different testing regimes.

In the UK, we know that the reported cases are only a small sub-set of the total population of the people who have contracted the virus. Those who are tested, and therefore counted,  are either in hospital ( too ill to self-manage) or are within a “vulnerable group”.  In stark terms we are measuring the population that is most likely to die from COVID-19 – this is reflected in the data. Of the 9,529 cases (25th March), 600 cases are closed: 78% of these closed cases (465) died, the rest recovered.

What is the likely number of people who have been infected in the UK?

The probability is that the UK death rate in the population that has been infected is in line with global predictions of around 1-3%.  Assuming that in the UK the death rate is 2% then the number of cases is nearer 500,000, not 9,529. Those other 490,000+ people should be in self-isolation, managing themselves, probably with mild symptoms with no need to be referred to hospital. The most likely outcome for those 490,000 is that they will recover successfully.

We keep hearing that we are 2 weeks behind Italy – does this mean that we are heading for even more difficult times?

Infections in each of the countries, on the chart below, started at different times. The start of each line has been referenced to when they reached a rate of 200 new cases per day. Recognising the caution about the absolute numbers, the focus should be on the shape of the curve. The UK is not progressing at the rate of increase in Italy; the US and Spain are significantly worse than Italy – a situation which is now unfolding.

Of course it is entirely possible that the UK numbers will kick up over the next few weeks as the infections from the pre-lockdown period start to surface. It will be a few weeks before the benefits of the lockdown are seen reflected in the daily cases, so we shouldn’t be surprised if expected improvements seem to be slow in coming.

But thus far, the UK does not appear to be tracking Italy.

The chart, below, of “Daily New cases in the UK” shows that the count over the last few days has flattened.  Italy is already showing some signs of the peak having been overcome.

It is early days, and a few days doesn’t represent a trend, but this is where the advanced glimmers of hope can be found. 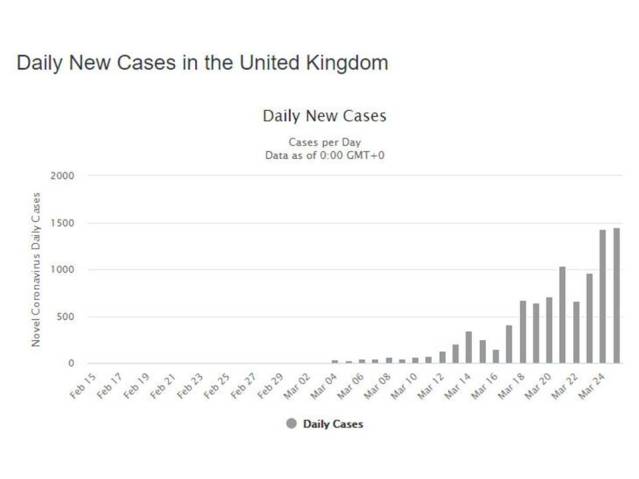 But the number of deaths in the short term will get much worse.

There is a remarkable consistency across different countries in the way in which cases are recovering / deaths occurring.  In Italy, for example, there are 16,900 closed cases which equates to the number of recorded cases around March 12 – 2 weeks ago, and before the signficant kick-up. Of these 16,900 people, there was a death rate of 44% with 7,500 deaths.

Whilst this is a significant number, the clear signs are that it will get a lot worse, at least for the next 2 weeks as the case count curve steepens and the outcomes reported. Assuming the current death rate ( as per UK, Italy is not testing the whole population) then this indicates a further 25,000 deaths over the next few weeks.

What does this mean for the UK?

Although the numbers are nowhere near Italy, the principle is the same. Whilst we are shocked by the death numbers reported so far, this is from the early case load, and before the number of infections increased. Unless something significant happens with the medical practices and technology, quickly,  the painful result will be that we will start to see hundreds of people dying each day….and that will continue until the daily case load drops significantly.

In the UK,  we will have to endure the trauma of what seems to be an uncontrolled increase in the death count.  Sadly, it is predictable and inevitable given the number, and underlying health issues, of the people already reported as infected.

Some people try to make sense of the spread by giving the virus a “personality”, and that “it” has an active purpose, and “it is trying to kill us”. Abdicating some responsibility for the infection. In reality it is an inert particle made up of genetic material and proteins – it is not even alive!

To quote from an unknown source – “the virus doesn’t spread, we spread it”

For the millions of us who don’t have it, the only way we will contract it is by us picking it up from a surface or by being too close to someone who has it.

In that respect we, as a community, are totally in control of the spread – it is simply down to self-discipline, social distancing, washing of hands, and staying at home.

The majority of people seem to have got the message, and so there are many reasons to be optimistic….we just have to hold steady, maintain those personal and social disciplines, as we weather a very difficult storm of panic-inducing, sensationalised news and numbers in the media over the coming weeks.