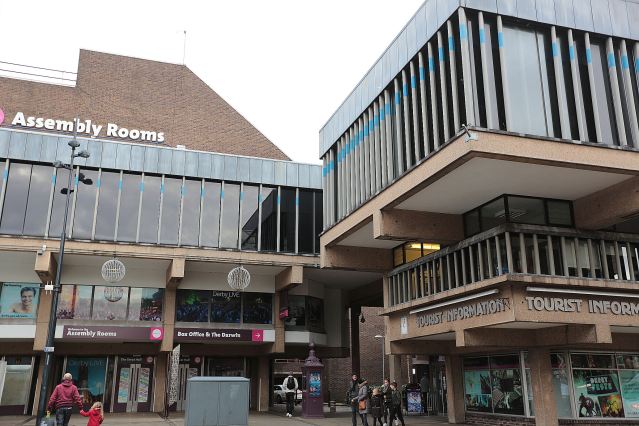 In December 2018 the Conservative administration announced their plans to refurbish and enhance the Assembly Rooms for £24m. This was in contrast to the previous Labour administration’s plans to build a new Performance venue for £44m. This was widely reported as a £20m “saving”.  However, this was an inaccurate statement and was based on flawed principles – in fact there would be no saving!

Why is it flawed?

Like many large corporations, the Council is financed by interest bearing loans – for Derby City Council this is of the order of £500m.

The Cabinet paper for the Refurbished Assy Rooms states that £13m of capital receipts ( cash from the sale of assets) will be used to part fund the project. £4.5m from an external grant, and the remainder from reserves, business rates and council tax. It was publicised that there was no additional borrowing, therefore suggesting that the money was, somehow, “free”.

In any context, whether, personal, or a corporate institution, there is no such thing as “free money” when, fundamentally, liquidity is supported by loans. This is a basic principle.

An investment of this nature cannot be judged on the basis of the initial capital cost, only, especially when there are financial consequences in later years.

At year 15 a further £5m ( at least) will need to be spent to repair the roof in the Refurbished option.

The Cabinet paper presented in December 2018 laid out the financial position of the Refurbished option; it did not compare it with the New Performance Venue.  That case was never formally published. Derby News has had sight of the confidential business case comparison prepared by Senior Officers and made available to Councillors.

As a result of the above, great doubt is cast over the validity of this comparison.

Comparison of both options

A proper investment appraisal of the 2 options, over 20 years,  ( using discounted cash flow, and arriving at a Net Present Value) is as follows:

There are many opinions as to whether the Refurbished option is better/worse for Derby than a New Performance Venue.

The Cabinet paper from October 2017, proposing the New Performance Venue  stated ( my emphasis)

“The outcome from this work was that refurbishment of the Assembly Rooms could not compete with the new-build options. The options for refurbishment would not
offer the flexible/scalable spaces that could be provided through a new build due to the restrictions of the existing building structure, which could in turn impact on
the long term sustainability of the venue. The work also found that the options for refurbishment would require an ongoing subsidy once operational. In summary,
refurbishment of the Assembly Rooms was found to be financially unsustainable and unlikely to be attractive to entertainment operators as a concert venue.”

The same Senior officers are now supporting a Refurbished option.

John Forkin, the Managing Director of Marketing Derby is on record as saying in November 2018:

“A few weeks ago, at the Derby Renaissance Board, business patience finally snapped. Hearing that Derby City Council is about to spend £20m plus on reopening the loss-making Assembly Rooms, as opposed to building a new profit-making performance venue, at twice the size for twice the price, was simply too much.

It was a genuinely passionate debate with a rare consensus that the refurbishment was ‘underwhelming’, would create a ‘village hall’, fit for ‘a market town, not a city’ and fundamentally will not attract the performances required. A delegation from the DRB will soon be meeting the City Leader to express these concerns.”

Despite the opinions, it can be said, that:

The Conservative administration has delayed the new Moorways pool to ensure that it is a more ambitious, and more expensive, swimming “offer” than that proposed by the Labour administration. A Pool fit for a 21st Century Derby. It is probably a good decision.

I fail to see why the same principle is not applied to the Assembly Rooms – by implementing an option that is more progressive, that is profitable and is, in the long term, cheaper for the tax payer!

A political decision to deliver a “popular” manifesto commitment?