Solidarity! Teaching Assistants and Unions from across the UK meet in Durham

A national demonstration was organised by the Durham TA action committee today bringing together groups from the whole country – including the Derby School Support / UNISON team. 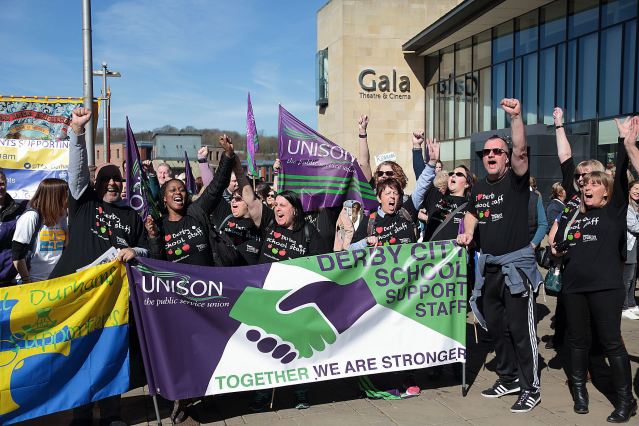 The groups met in the centre of Durham and marched through the streets of the City walking past some picturesque backdrops ( making a change from Derby City Centre for the local group). It finished at the historic and fascinating Durham Miner’s Assocation, Redhills Miner’s Hall. A place that has echoed with the likes of Arthur Scargill during the 1984/85 Miner’s strike….amongst many other rallies, and meetings, 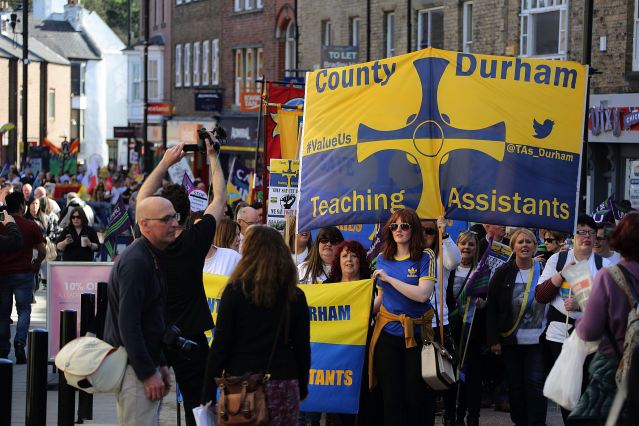 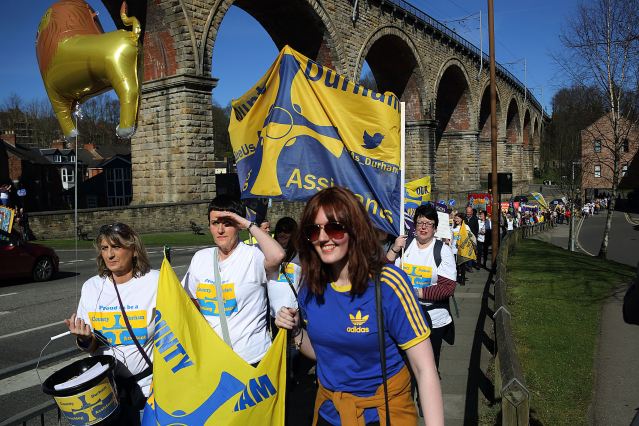 The Durham TA dispute has been continuing for 18 months and has many of the features of the Derby dispute, namely pay cuts of up to 25% imposed by a Labour Council, being sacked and re-instated on a different contract…and feeling significantly undervalued and marginalised.

The major difference is that the Durham action is led by the TAs themselves, with UNISON only being the negotiating body – Derby is much more integrated and led and facilitated by the union. As Durham is an old mining region it has a more union-based culture than Derby; the TA dispute is actively supported by other powerful groups e.g. National Union of Mineworkers, National Union of Teachers, Association of Lecturers and Teachers…a feature that has not been so evident in Derby.

The Durham TA group has developed a structured organisation with committees, officers, and a lot of impressive, active campaigning. After 18 months,  their struggle continues. As local elections are due in May 2017, they are now looking into how they can unseat a large number of Labour Councillors with a view to creating influence through that route.

But there is no end in sight despite the support from the Labour movement – although there was some hint of a fresh offer.

The other major difference between the 2 approaches is that Derby opted for sustained strike action organised via UNISON. Without doubt, had this not happened, in conjunction with other lobbying actions, then an offer would not have been made by Derby City Council which UNISON now feel comfortable in recommending to its members. 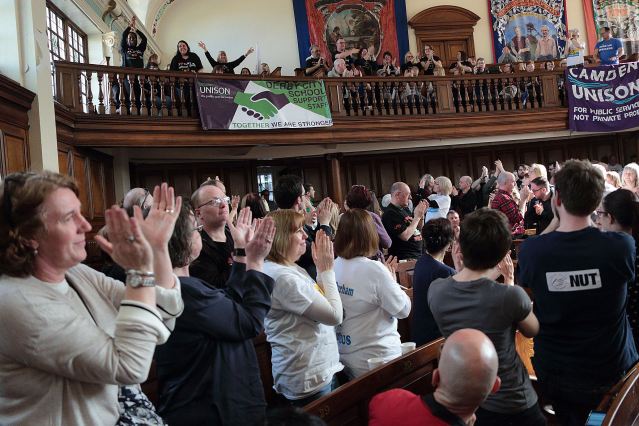 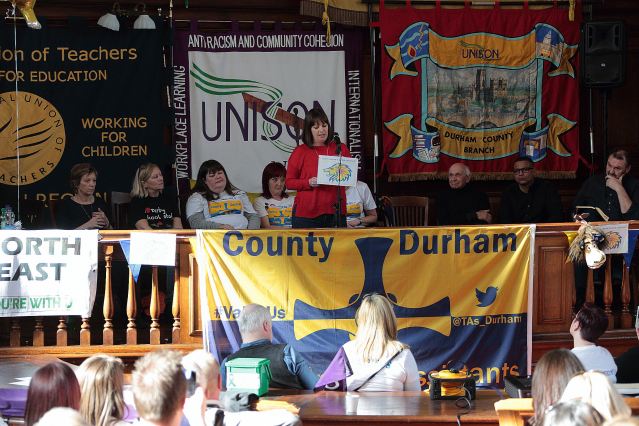 Perhaps at some point in the future, someone with more skills in analysing comparative industrial relations could examine how these disputes, which were ostensibly the same, were fought differently, and how the relative merits of the campaign strategies affected the timeliness of acceptable outcomes.

Hopefully the net result of these actions is that a “wrong” is made “right”. It is beyond tragic that a handful of Labour Councillors across the country cannot see what is common sense to many and their myopia is consigning many hard-working, low-paid, conscientious, predominantly women, to months and years of misery and anxiety.  It will always be a stain on the Labour Movement that it was unable to resolve these disputes more promptly and equitably.