How did Amanda Solloway’s husband lose so much money? 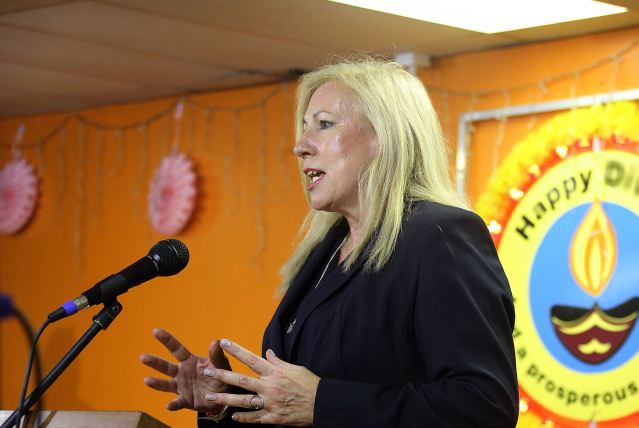 Amanda Solloway’s (MP – Derby North) husband was a joint owner/director of Compass Debt Counsellors (CDC), a successful multi-million pound company, which traded for 13 years. It finally succumbed to liquidation in March 2016 – with assets worth just under £2000.  Many of their 2000 clients are angry, and have lost a lot of money…so where did all the money go?

Compass Debt Counsellors is the trading name of RMR Financial Services Ltd. It has 3 equal shareholder/directors, one of which was Robert Solloway. The business provided a service to people who were on very tight budgets, who owed money to many different organisations, and who felt unable to manage this themselves. This practice is not uncommon – but CDC operated a flawed and high risk version of it.

How did the business work?

CDC would work with their client to calculate how much of their disposable income could be committed to make a monthly debt repayment. Some of this would go to pay CDC fees, some would be paid to each of the outstanding creditors, and some would be held back to be accumulated in a personal “pot” – held in a client account in CDC.

This “debt settlement” approach assumed that CDC would be able to convince the creditor to freeze the interest, and that in due course the “pot” would be sufficiently large that it would be used to settle the debt early. What could possibly go wrong!?

Trading started in 2002, and the business proved to be very attractive to many clients and, by 2008, the annual turnover had increased to £4 million. During that year the Inland Revenue spotted an error in the way that the director’s car lease payments were being accounted for in the company’s financial statements. What seemed to be a minor error actually took 8 years to resolve. An indicator of some serious questions being asked.

In 2011, sales reduced dramatically, and CDC took on a number of lead generators. It seems that not all leads proved suitable and many were “over-sold” or “mis-sold” plans. Some of these clients had to be compensated.

In April 2014, the Financial Conduct Authority (FCA) took over the debt management sector from the Office of Fair Trading and the regulations were tightened up considerably. This put pressure on CDC to demonstrate that they had the right procedures to qualify for the FCA licence.  Due to the delay in getting formal permission to continue, CDC decided not to take on any new Debt management clients from December 2014. For the next 14 months new business was confined to a less lucrative market. In February 2016, the FCA confirmed that they would not be granting CDC a licence; it was at this point that the directors realised that there was no future for the business.

So was CDC just unlucky?

In the year ending 30 September 2012, after the business had started to drop-off, the turnover ( sum of all charges and fees from the clients) was £1.5m. The profit on that was £280,000 – this was after the directors were paid £15,000 each. However, this was not a humble gesture from them to take an “austerity” salary – it was a tax avoidance measure . From the £280k profit, they paid themselves £300k in a dividend –  £100k each.  Not quite as illegal as it seems as there was still £28k left in undistributed profits.

In 2008, when they had turnover of £4m, the business only retained profits of just over £2000.  A conservative estimate would be that they paid themselves £300k each in dividends ( the detail is not published publicly)

By the year ending 30 September 2014, it was deep into the period of uncertainty of the FCA ruling. When the accounts were signed on 29 June 2015, and financial prudence would have been appropriate , they voted themselves a total dividend of £429k, when the profits were only £421k, and there were accumulated losses of £236k. This was an illegal dividend. This is potentially repayable to the company and/or might be considered as salary and therefore taxable at a higher rate than they have currently paid.

And there is an anomaly in the accounts for 2013. When shown as a comparative figure in the 2014 accounts ( drawn up by a new firm of accountants) the worth of the company had mysteriously dropped by £237k.  It would suggest that previous years turnover, and profit had been overstated which means that those dividend payments were most likely to have been illegal, as well.

It is clear that the director/shareholders used the company as a “cash-machine” and provided for no future growth in the business, through retaining profits. They squeezed it dry of its cash…

So what about the clients?

The vulnerability of the clients was exploited . The sales pitch by CDC was so compelling that the client signed up to an expensive arrangement:

They also believed, as an act of faith, that CDC had arranged, with the creditor,  for the interest to be frozen, so the debt would not get any bigger – this was not always the case.

One person who attended the Liquidation meeting on 30th March 2016 reported that he started off with a mobile phone bill of £400, and, as the interest had not been frozen,  it was now standing at £12,000. This was from a “pay day loan company”. CDC had convinced this person that paying less than the required amount would result in a more favourable outcome. Pure fantasy!

Given that there are about 2000 clients, there must be a sizeable “pot of money” in the client account?

According to the liquidator the client account “pot” contains £21,906. The total claims from clients is thought to be in the region of £2m.  No one seems to know where the “pot” of cash went to….

Amanda Solloway was not a director or shareholder in CDC, and there is no suggestion that she was in anyway involved in the day-to-day running of the business.  It is fair to assume that she probably saw some noticeable benefit from her husband’s financial package.

“Business has always played a major part of my life so being elected to the BIS (Business, Innovation and Skills) Select Committee has meant that I can really keep up to date with current businesses and use my knowledge in this field”

As someone who is interested in business, one would have expected that at some point within CDC’s 13 year history her curiosity might have been pricked. She might have been thinking…., so:

Do you ask these questions of your husband, or do you look the other way?

All of this may be just legal, although the FCA’s licence refusal hints at something. It certainly does not feel ethical. Surely Mrs Solloway might have thought about where all the money came from?

Amanda Solloway is reported in the Daily Mail as saying:

‘Whenever any business ends in this way it is always a very sad and emotional time for all involved. Our thoughts are with all those who have been affected. I have never undertaken, in any capacity, any role in his business.’

The sadness for those in control of the company is that their Ponzi-style scheme came to an end when the FCA realised that it was not worthy of a licence, and the directors were particularly emotional as it was inevitable that their lavish lifestyle was now at an end….or possibly that they will be subject to further investigation. For those who entrusted their financial future to CDC, they now have a sense of being betrayed, defrauded, and no doubt a deep sinking feeling in their stomach when they realise that most of the money that they paid to CDC has disappeared…including the “pot” which is supposed to have been held in trust.

CDC’s business took money from vulnerable people who could ill-afford it, took no risk, accepted no accountability and was just a very expensive clearing house for other people’s cash

All of this funded a lifestyle which their clients could only dream of.

I’m not sure how they sleep at night…

Robert Solloway was the Director responsible for the Administrative functions of the business. It was reported that, at the Liquidation meeting on 30 March 2016 he was asked many questions:

“How many clients are there?” “Where has all of the clients’ money gone?” ” Did you read the accounts or just sign them? ” “How was the money allocated to the clients’ account?” “Why do the 2013 and 2014 accounts have this large discrepancy?”

They were all answered with “We don’t know”

Perhaps this could be the subject of an inquiry by the Business, Innovation and Skills Select Committee that Amanda Solloway sits on?