The last of 3 interviews with the Leaders of the main political parties in Derby City Council. Ranjit Banwait was contacted twice but failed to respond on both occasions. 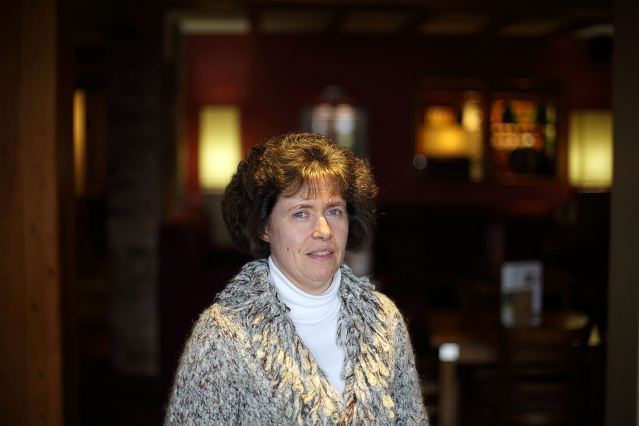 What is your view on the way the Council is now?

Going downhill. I’ve been on the Council since 1998. We used to be praised by inspectorates, we spent money wisely. And that’s due  to party political dogma of a certain party and common sense being thrown out of the window…in a nutshell.  That’s bad for the people of Derby who rely on key services.

From a democracy perspective what needs to change regardless of who is in power on May 6th?

The whole system of how they split the Cabinet executive and the Scrutiny role modelled on Parliament doesn’t work for local authorities. When I started off we had the committee system, which is far better for involving more Councillors, and getting their level of knowledge up on different issues.

I’m on the Fire Authority and that acts like a committee does. That benefits from the input of people from across the parties and a wide geographical area across the County.   You have more sounding boards. This isn’t the House of Commons it’s a City Council.

As a Lib Dem what is your distinguishing features that makes you different to other parties?

We don’t assume that we have all the knowledge. We believe that in the City there are many people who have the expertise and we want to include the public in shaping of policies to benefit the City.  It is about structures but also about being available, and being contactable.

Are you saying that the other parties don’t subscribe to that basic model?

Not from what I’ve seen. They decide the policy and implement it. You can see that by how the public are treated when they ask questions at Full Council. They do get thanked but it is through gritted teeth.  For example, Simon Bacon has a great deal of knowledge on a number of issues and he shouldn’t be ridiculed but he is. He puts a great deal of work into this City in a number of areas. It’s about respecting people.

What do you think drives that lack of respect?

There has always been an under-current but its coming out more these days and it’s getting quite nasty.

On the manifesto – there is a lot in it. Why is it so detailed?

We think its right that people understand the full range of our policies and perspectives. It’s what many want to know, and they can see the areas that are important to us.

Is this plan costed?

No we haven’t. It’s  difficult to get any detailed information as an opposition party., even for a simple amendment. The officers give very little help. Some are probably not that expensive and some are about change of attitude. For example we are keen to keep the neighbourhood forums going, certainly in our wards. We will do that with the goodwill of a number of community organisations.

Is it normal that a Leader of an opposition Party does not have good access to information?

They don’t fall over themselves to provide it. You have to carefully frame questions to get the right answer – like with Freedom of Information requests.  But it’s always been like that in my experience.

Is that right do you feel?

About 15 years ago, 1 senior Labour Councillor said to one of my colleagues, “You will only get to know what we want you to know about”.  Knowledge is power. If they’ve got nothing to hide then why shouldn’t people know. We don’t routinely get more information than the general public.

You have no actions to generate new income, and reduce costs, to alleviate the budget constraints?

We really do need the detail under the budget headings and you can then take real actions. When I was in the cabinet we were able to do that.

Is your intuition that there is slack in the system?

Morale is so low at the moment in staff – I’ve never seen it worse than this. I think many have mentally given up. There are areas where money can be saved, or the wrong things have been prioritised…particularly where dogma is trumping common sense.

You mention about Housing, but nothing about homelessness?

We certainly support the initiatives that are being done at the moment, and they have a good track record of helping people get into stable environments, and we need more of that. Even people who have challenging and chaotic lifestyles.

I do think that there is a backbone of something provided by the state, and there are housing obligations that the Council has although they tighten their interpretation of the definitions.

On the Derby Arena, was there a need for it, and should the money have been spent on a new swimming pool, for example?

The new swimming pool was part of the plan that Cllr Joe Naitta, who was the Cabinet member for Leisure between 2008-2010, put together with officers, including Paul Robinson, the current Chief Exec.  We were told by the officers that, properly run, it will make money for the Council from a variety of activities. We believe that would be best done by professional organisations.

And the swimming pools?

We hadn’t identified a site as such, apart from being in the City centre, for the main hub. It would have been supported in the suburbs by 4 smaller pools – 2 of which are in existence. In May 2012 when we left office we hadn’t quite signed up on the Arena. It was signed up by Labour but they didn’t continue with the sports strategy.

How would you demonstrate that a new consultation process was meaningful and re-gained confidence in the process?

As an example, when I was Cabinet Member for Adult Social Care, and we were looking at care homes, there were many issues that needed to be addressed. People didn’t want to go into Care homes and so there was a new strategy called “New Homes for Old”. We got people involved from a broad spectrum of organisations and interest groups formulating that policy. Then when it got brought out for consulation, those people who had a stake in it had already contributed to it.  The consultation is throughout the process – it’s not a tag on at the end. There was no massive outcry; there were some upset people, but this was very limited.

If you allow people to have control over the process and the direction, then people will accept it even if there are downsides – because the end goal is better than what they have now.

It’s about getting people involved in the early stages.

On Voluntary Sector Grants / Citizen’s Advice Bureau – if you got in power, would you immediately reinstate them?

I’m sure we could find money, and our aim would be to get the full amount back. But we do need to look at different models, and examine whether the cost per head is fair between groups.

If you got an overall majority on May 5th what would you do in the 1st 100 days?

I think there would be quite a bit of mess to sort out. We’re not sure of everything going on under the surface but we see enough things poking up which cause us concern particularly with Special Educational Needs (SEN) children. We are very concerned about the legal position and the Council’s on shaky ground.

Would you consider short-term borrowing money for revenue spend to alleviate problems?

We would try and avoid it. But it may be that you need it for a few months to bridge a gap, but then you would probably use reserves for that, rather than borrowing. This would help those voluntary organisations who have lost funding at short notice.

What is the culture like in the Council for identifying better ways of doing things, and identifying efficiencies?

The culture in the organisation doesn’t welcome that, and slaps people down. If something’s going wrong, people will not freely go to their boss and tell them; they not fear having a ton of bricks thrown at them. It requires a mature conversation. The Council doesn’t have that culture.

What would you do to resolve the SEN problem.

The first thing is to do an audit of the case files to see the size of the problem. We suspect that it is massive. We would then have to implement the standard procedures and get people working to them. It’s not being done properly and is a waste of time and money. The Council is putting itself at a lot of risk.  We might not be able to do it as fast as it should be , but at least it would be being done properly.

How would you deal with the Teaching Assistant’s (TA) Pay problem?

We don’t know all the detail of what has been going on. As Teachers were excluded from the outset, then we believe that the TA’s should be excluded as well.